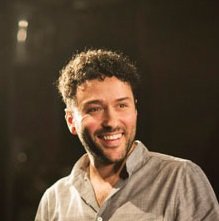 Our speaker in October is Richard Mylan.

Swansea born Richard Mylan is a stage, film and television actor. On television he is well known as deputy head teacher Simon Lowsley in the BBC1 series Waterloo Road and Oliver in the much loved sitcom Coupling, as well as his roles in Grownups, Belonging, Bad Girls and Wild West – where he starred alongside Dawn French and Catherine Tate. Theatre roles include a West End debut in the musical Starlight Express, followed by numerous West End plays.

Richard is the Creative Director of Film & Drama at The Princes Trust, Cardiff. He also teaches film and drama to young offenders in South Wales and teaches ‘Acting for Camera’ at the Royal Welsh College of Music and Drama’s Young Actors Studio.

The meeting will be held on Wednesday 5th October 2022, with a Zoom link for those who can’t attend in person. The meeting venue is to be confirmed.